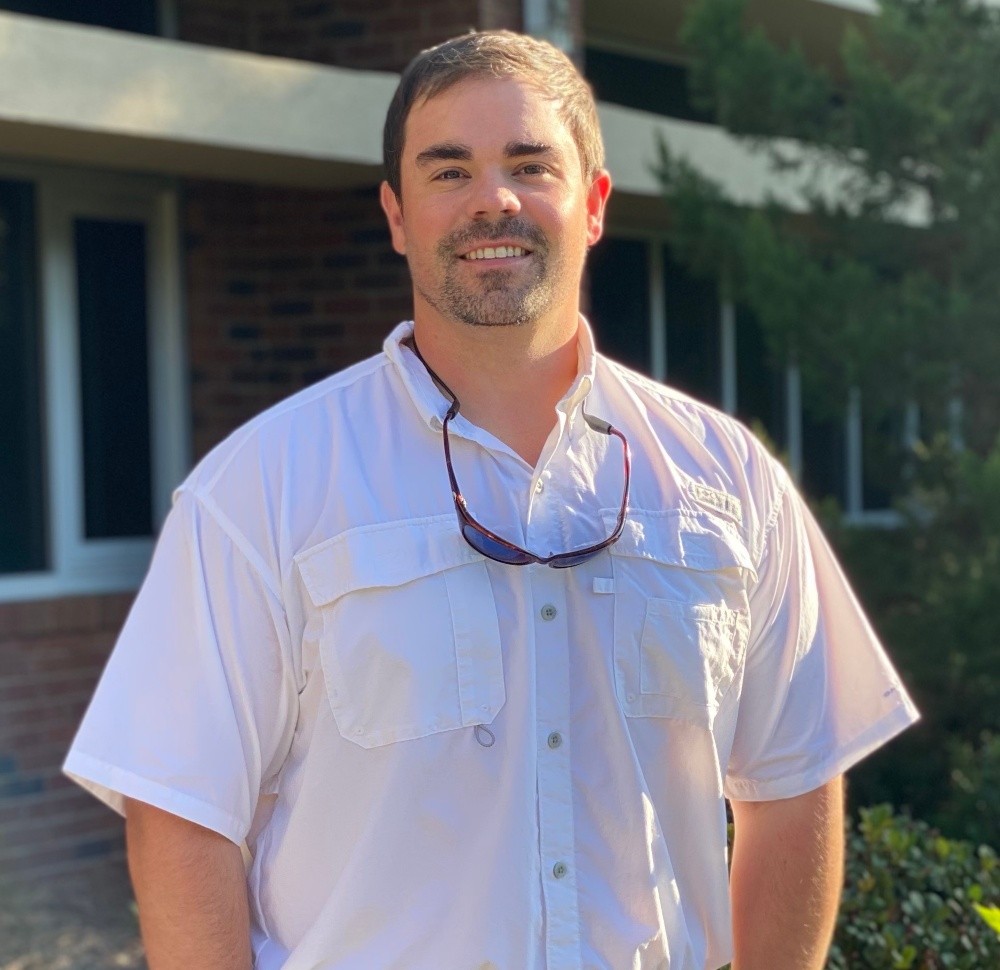 Chad Abbott is a graduate student at the University of Georgia (UGA) from Augusta, Georgia. Abbott obtained a bachelor's degree in Natural Resource Management from Abraham Baldwin Agricultural College, as well as two associate degrees in the Forest and Wildlife Tech programs. He then pursued his master's degree at Mississippi State University in Plant and Soil Sciences with a minor in Entomology.

While completing his master’s, Abbott was involved in research that would help peanut growers in Mississippi. His thesis was focused on establishing leaf defoliation thresholds in peanut. To do this, they were Simulating caterpillar defoliations, and this was accomplished by hand defoliating the peanut canopy. There were two parts to his research in which he evaluated 100% defoliation at six times during the growing season and expanded that by als evaluating multiple levels of defoliation at two critical timings. The two timings evaluated were 40 and 80 days after emergence, which correlates to peak flowering and peak pod fill. This data allows for more judicious uses of insecticides across Mississippi peanut acres by understanding the impacts of defoliation on potential peanut yield loss.

After completing his master’s degree, Abbott chose to spend some time in the industry. He took a job as a cotton agronomist for fifteen months and then went into field sciences, where he assumed that role for seven months. As an agronomist, he covered Georgia, north Florida, and south Alabama. When he transitioned into a researcher within field sciences, he covered a territory from North Carolina to west Texas. Unfortunately, Abbott, as well as several hundred other employees were let go due to complications related to COVID-19 in 2020.

In May of 2020, Abbott began his Ph.D. program at the University of Georgia – Tifton, studying under Dr. Eric Prostko, Professor/Extension Weed Specialist. He chose to continue and pursue his Doctorate because he was enthusiastic about where the possibilities could take him. Abbott also explained that he never wanted to be limited by education, regarding a future career. To go as far as he can, in education and research, to benefit farmers, is his end goal. Attending UGA has also always been a goal for Abbott, and he is thrilled to be finishing here, where it all started for him.

Abbott is involved with a few different projects, but the ones involving the Peanut Team are involving new herbicides that are under development and looking for future labeling. One of the herbicides being studied is being used in cotton and has been used in aquaculture for a long time. Brake (fluridone), a preemergence herbicide is being evaluated using multiple rates across 7 different peanut cultivars. A similar study is being conducted with another preemergence herbicide, called trifludimoxazin. Abbott is also evaluating the weed control performance of these two herbicides in comparison to current standard UGA peanut weed control programs. Additionally, Abbott is studying the effects of two different forestry herbicides potential impact on peanuts when they are misapplied either before peanut planting or during the growing season. The results of this study hope to answer questions which have been asked by farmers in recent years. Abbott’s final project related to peanuts has been a multi-state project, within the peanut belt, regarding RoundUp and Dicamba. The purpose of this study is to evaluate the effects of these two herbicides when applied at multiple timings at low dose rates. Several plant metrics have been collected to better understand the effects of these herbicides and how it will impact the plant canopy, yield, and peanut pod quality.

After graduate school, Abbott hopes to be able to stay in the Tifton area. He enjoys working with extension and industry cooperators, as well as traveling. His overall end goal has always been to help farmers become more efficient and hopes to continue doing this throughout his career.