Dr. Timothy Brenneman is a Plant Pathologist at the University of Georgia (UGA) and has been in this position since 1986. He began his college education at Goshen College in Indiana, where he studied biology. Brenneman then attended graduate school at Virginia Tech, where he completed an assistantship in a peanut project. Immediately after graduation, he was offered a job at UGA – Tifton. When he first came to UGA he was working with leaf-spot disease, but after a year or two, he was given the opportunity to switch over to soil-borne diseases.

Brenneman’s expertise is in plant disease management, and applied epidemiology. He explained that his program is relatively broad-based, but mission-oriented and focused on real issues that growers face while producing peanuts here in the southeast.

"How are peanuts produced? What is aflatoxin? How are they graded following harvest?"

These are some of the questions Scott Monfort, University of Georgia Extension peanut agronomist in the department of Crop and Soil Sciences, and his colleagues are answering during this week’s tour in South Georgia. 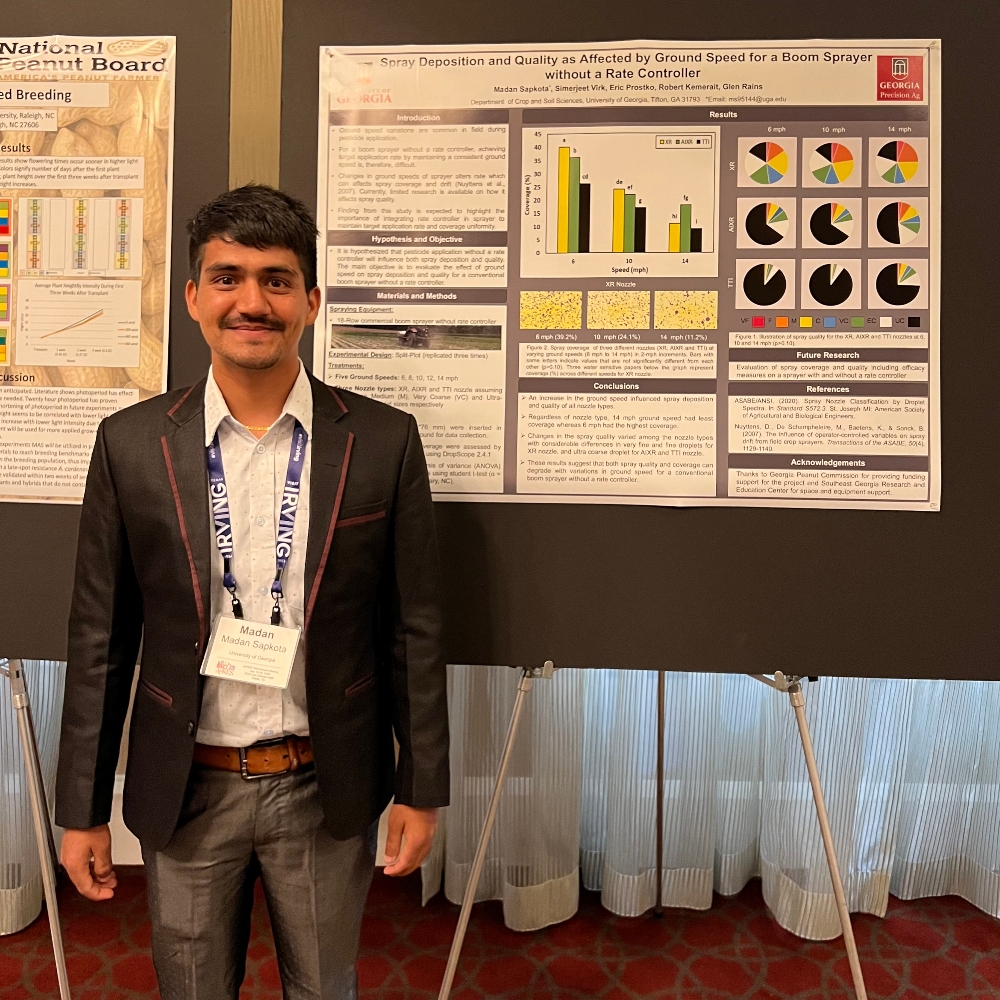 Sapkota presented his work on selection of optimal spray parameters and utilization of precision spray technologies for pesticide applications in peanut.

Visit the Blog
UGA Peanut Entomology
Posted on Jul 25, 2022
It started raining. What do we do now for peanut pests? 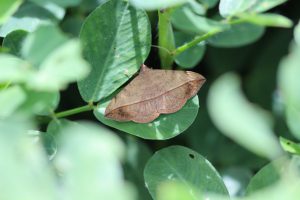 The July rain in South Georgia will reduce the severity of lesser cornstalk borer infestations in many fields and will at least buy us some time before spider mites become a serious concern. If the rain continues through the remainder of the season, we will likely not have to battle...
UGA Peanut Entomology
Posted on Jun 15, 2022
Time to Scout Peanuts for Lesser Cornstalk Borer 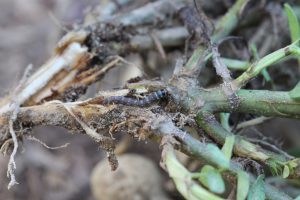 Regardless of whatever else has to be done on the farm in South Georgia over the next fourteen days, one thing that needs to happen is scouting peanut fields for lesser cornstalk borer (LCB). This insect is the most damaging pest of peanut in Georgia; it feeds on stems, pegs,...